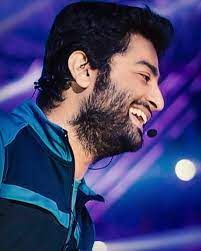 Arijit Singh is one of those singers of the Bollywood world who had to make a lot of effort to make his mark. Today, even though Arijit rules the hearts of people with his voice, there was a time when he had to struggle a lot to sing in films. Arijit Singh, who is recognized on his own, was born on 25 April. It is said for Arijit that there is both pain and love in his voice, which makes the listener fascinated.

Arijit has inherited music. His mother was a singer and his maternal uncle was an instrumentalist. At the same time, his grandmother was interested in Indian cultural music. After this, Arijit had decided that he too would make his career in music. However, it was not easy for him to make a place in the film industry. In the initial stage, his song sung for the film ‘Saawariya’ was removed from the film on the spot. His first album recorded by Tips was never released. Although he got his first rejections from the singing reality show Fame Gurukul. He took part in the music reality show ‘Fame Gurukul’ at the behest of his mentor Rajendra Prasad Hazari. His voice was definitely liked in this show, but he failed to win the show. He could only reach the top 5 and was then shown the way out. Although Shankar Mahadevan was impressed with his singing, he was offered a song for the album of the film High School Musical 2.

After that, he started getting contracts

After this, Arijit sang many songs and started getting contracts. He also worked as a music programmer with Pritam and Vishal Shekhar. He was engaged in films when he got a chance to sing in the film ‘Aashiqui 2’. The song ‘Tum Hi Ho’ from this film made him a big star overnight. After this, the doors of Bollywood opened to him. After ‘Tum Hi Ho’, he added a line of hit songs. His sung songs ‘Phir Bhi Tumko Chahoonga’, ‘Pachchhotege’, ‘Pal’, ‘Khairiyat’, ‘Soch Na Sapne’, ‘Ilahi’, ‘Hamari Adhuri Kahani’ won the hearts of the audience. However, now Arijit is no longer a singer but has also become a musician. He made his debut as a composer in the film ‘Paglat’ and his work was well received. The film released on OTT received a good response, while Arijit’s debut was also successful.