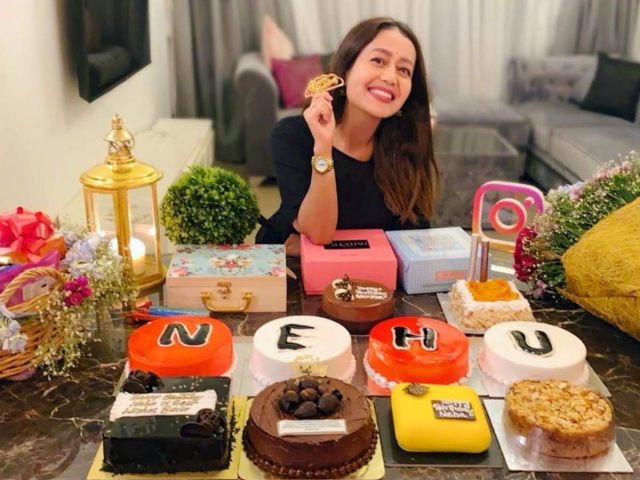 Bollywood’s famous singer Neha Kakkar needs no introduction. Today she is one of the famous singers of Bollywood. Her songs are very much liked by the younger generation. Today Neha is celebrating her 33rd birthday. It would not be wrong to call Neha Kakkar a ‘Hit Machine’ today. She wins everyone’s heart not only with her songs but also with her smile. Everyone is crazy about Neha Kakkar’s voice and her songs become viral as soon as it is released. These days she is seen as a judge in the reality show Indian Idol 12. However, Neha has not appeared in the show from some time.

This is how Neha ‘s destiny takes turn

You all must have heard that Neha and her sister used to sing bhajans in Jagran earlier. But when she participated in the second season of Indian Idol as a contestant, her luck shone after that. Today Neha is called the hit machine of Bollywood. But do you know there was a time when Neha’s parents did not want to bring her into this world. This was disclosed by Neha’s brother Tony Kakkar himself. Tony Kakkar had revealed some time back that the situation of his family was not well. In such a situation, his parents did not want the third child to be born, but due to the passage of eight weeks, his mother could not get the abortion done. Neha Kakkar and her sister Sonu Kakkar used to sing bhajans in Jagratas in their childhood. Both have earned money by singing bhajans for a long time.

She tied a knot with a punjabi singer

As soon as any song of Neha is released, it joins the top trading. Talking about female singers, her fan following on social media is very high. Neha’s first hit song in Bollywood is ‘Second Hand Jawaani’. Apart from this, he also got a lot of recognition from the song ‘Sunny-Sunny’ from the film ‘Yaariyan’. Neha Kakkar took seven rounds with Rohanpreet Singh on 24 October 2020 only last year. There is a huge age gap between the two, but when there is love, the age gap does not matter. The two often share their love-filled pictures and videos. Recently, her song ‘Khad Tainu Main Dassa’ is making new records and is getting very popularity. The song also has the voice of her husband Rohanpreet Singh and both have appeared together in the video of the song.