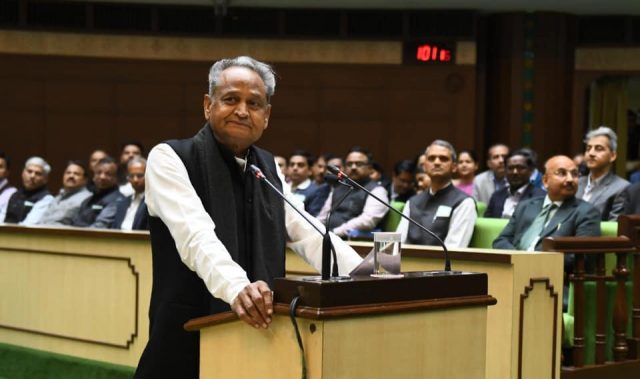 Chief Minister of Rajasthan Ashok Gehlot has adopted 7 resolutions in his second budget of this tenure tabled on Thursday in assembly.  He made a successful walk on the tightrope by making a balance between the available finances and doing as much as possible for providing relief to the people. So much so that while on one hand he spoke about the revenue deficit , he also did not imposed any new tax for any sector and initiated funds for betterment of health, children and other schemes for giving benefit to sections of society.

The act is similar to the nature of a mother who distributes the available food to all her children to suffice the hunger of everybody. 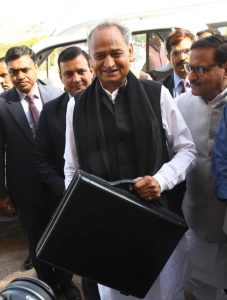 The 7 resolutions which he narrated in the assembly are the guiding lights of his vision to ensure inclusive growth in the state.  These 7 resolutions include Nirogi Rajasthan, well-being of farmers, welfare of women, children & elderly, promotion and strengthening of education, improving the availability of basic services like water, electricity and roads etc.

During his speech in the assembly, he specifically mentioned about the decreased share of funds from the share of central taxes which is to the tune of Rs 10, 362 crore .  Inspite of this, and the prevailing atmosphere of gloom in the economy, Gehlot has presented a bold budget on Thursday. 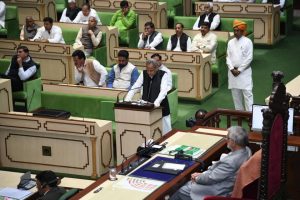 He has very wisely used the available funds for strengthening the basic infrastructure in the state. Since ‘Nirogi Rajasthan’ has been the focus of the government, Gehlot has made provision of   over Rs 14,533 crore for the health sector and Rs 100 crore for Nirogi Rajasthan Prabandhan Kosh has been provisioned.

Inspite of the financial strain which the government is facing the long standing demand of state government employees of increase in Dearness Allowance ( DA) has been met and it has been increased to 17 % with retrospect from July 2019.  He also made announcement of recruitment on about 53000 positions.

He mentioned that in tax proposals no new tax has been imposed and relief of more than Rupees 130 crores approximately has been given in the budget.