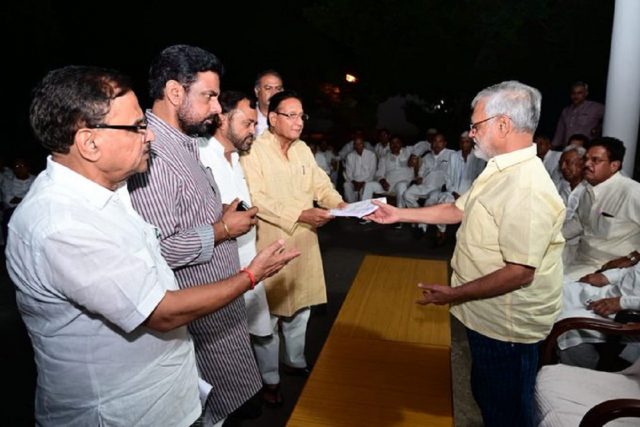 Number counts in democracy. The same maxim holds true for Rajasthan also where 90+ MLAs do not want rebel leader Sachin Pilot as the leader of congress legislative party in the state in case CM Ashok Gehlot becomes the President of the Grand Old Party.  This became quote evident on Sunday evening after the MLAs gathered at the house of Shanti Dhariwal and did not participate in the CLP meeting which was scheduled to be conducted in CMR in presence of teo central observers Ajay Makan and Mallikarjun Kharge.

The MLAs claim that they are averse to the thought of making Sachin Pilot as the next CM of Rajasthan in case Gehlot demits the office because when he and his group had openly rebelled and had moved to Manesar, it was with the support of these MLAs who had saved the Congress government.

What is however  intriguing is that why the party observers did not sought the  opinion of the party MLAs in the process of finalize a new CLP leader and many political pundits are questioning this wisdom of the observers .

But one thing is for sure that numbers call the shot in democracy and the numbers cannot be ignored. The MLAs will face the election after a year and therefore their opinion matters for the party.