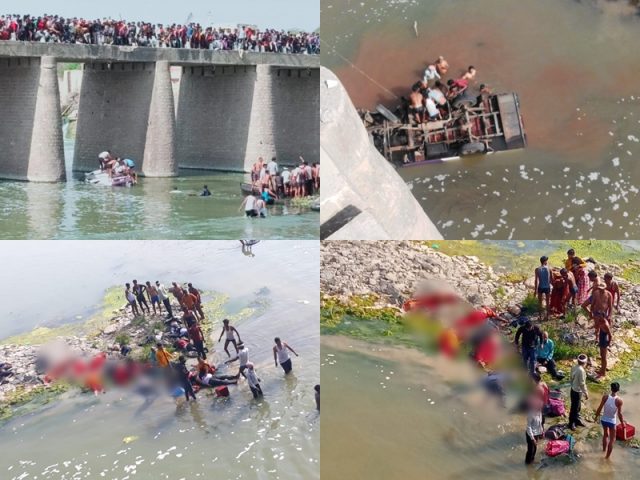 The accident happened in Lakheri area and the people in the bus were going for a marriage ceremony and it was going towards Kota.

The bus driver it is said apparently lost balance and the bus plunged into the river which is tributary of river Chambal.

As soon as the locals saw this happening, they rushed towards the spot and many tried to rescue the people. The injured were sent to the government hospital in Lakheri from where the critically injured were referred to Kota.