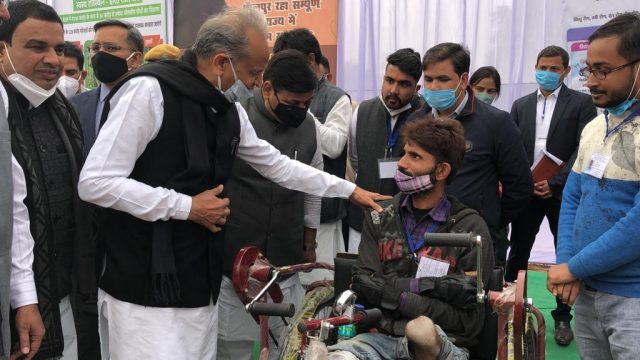 Congress is   united and ready to return back to power under CM Ashok Gehlot. This was evident from at least two instances when during the visit of the CM regarding the “Prashasan gaanvon ke sangh abhiyan” , he visited Tonk where MLA Harish Meena and today in Dausa, Murarilal Meena and Gajraj Khatana, all three considered to be from the Pilot group not only extended warm welcome to the CM but remained active and CM too made many announcements.  This shows that Gehlot has no discrimination in his mind when it comes to giving approval for welfare work.  Infact he has several times in his various public addresses mentioned that he won’t get tired in sanctioning public welfare works even though the MLAs may get tired in seeking work. It is for this reason that all the Congress MLAs and the entire party are now galvanized to bring back the government of the party in 2023.

Unlike the BJP whose agenda is now well-known, Gehlot has kept his focus on core issues like education, health, social security, industrialisation.

So there is a boom in construction of expressways, opening of colleges especially girls colleges, up gradation of schools, robust health infrastructure in the state. Political observers feel that since BJP has no such agenda it is not in a position to challenge the Gehlot government on people related issues.

The opening of colleges and schools is also important as it is a counter to watsapp university which disseminates gibberish and fake propaganda but in universities and colleges, students get real authentic knowledge.