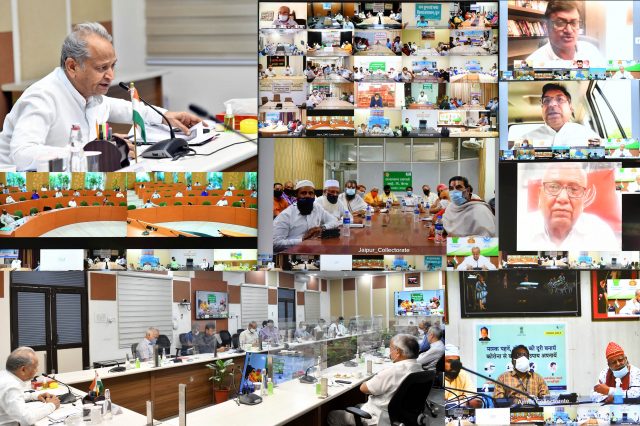 Rajasthan CM Ashok Gehlot is a man of few words who believes more in giving replies by performance. Instead of making an event out of every possible opportunity, Gehlot has been quietly but effectively taking steps to contain the spread of this new wave of COVID virus which is creating havoc creating across the country.  The situation of states like Gujarat which get hyped in the media for their so called models or Uttar Pradesh which boasts about its governance model are seeing enormous pain and suffering due to COVID Thankfully in Rajasthan the situation is under control because CM used the time available to further strengthen the health infrastructure.  Whether it was last year’s budget or this year, health sector has been accorded one of the top most priorities in the state.  Using RTPCR which is called as  ‘gold standard’ to test maximum people and micro managing the health system, availability of medicines and beds has ensured that everything is under control. Else what can you say that Rajasthan CM conducts his meetings on COVID  management on open platforms through social media where each and every person can hear and listen to what officials are apprising to the CM, what is his reaction and opinion etc. so much transparency is being practised by Gehlot when we read news about facts not being shown or reported in other states. Last year PM Modi asked people to bang thalis or to light diyas ,but such moves are not being adopted this time shows that the union government is not willing to adopt similar events this time but Gehlot worked last year and toiled hard then and he is still burning midnight oil too this time all for the sake of people .