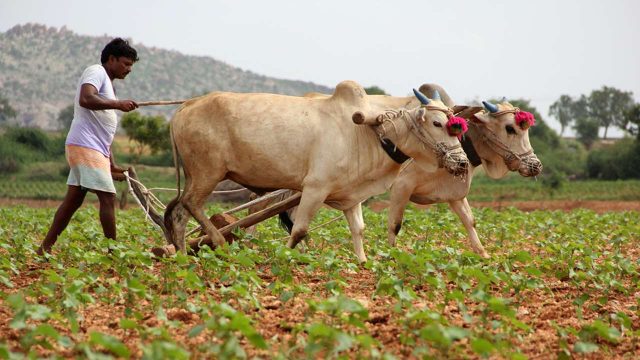 Farmers are the most talked about topic since the time the Modi government brought three contentious laws and farmers forced the government to retreat on these laws. In Rajasthan, Ashok Gehlot has emerged as an all weather friend of farmers.  With schemes like mukhyamantri urja mitra yojana because of which many farmers are now getting almost zero amount electricity bills or pension schemes for aged farmers, he has shown that his policies are for the benefit of farmers.

Recently he took a big step which will go a long way in helping financially broken farmers.

He gave instructions to stop the auction of agricultural land of farmers who failed to repay the loans taken from commercial banks in the state.

“Due to non-payment of loans of farmers taken from commercial banks that are controlled by the Reserve Bank of India in the state, land attachment and auction action is being taken under the Rajasthan Agricultural Credit Operation (Removal of Difficulties) Act, 1974. State government officials have been instructed to stop this,” he said in a statement.

Actually in 2020, his government passed a bill in the assembly to ban land auction of farmers having agricultural land up to five acres, but due to lack of permission of the governor, it has not become a law yet. So as soon as this issue came up, Gehlot who is known to take immediate action and is a proactive CM, issued the order to stop all such auctions giving much needed reprieve to the annadatas.

However, now it is upto the BJP leaders to act as a force so that the bill passed in the assembly sees light of the day as a law.