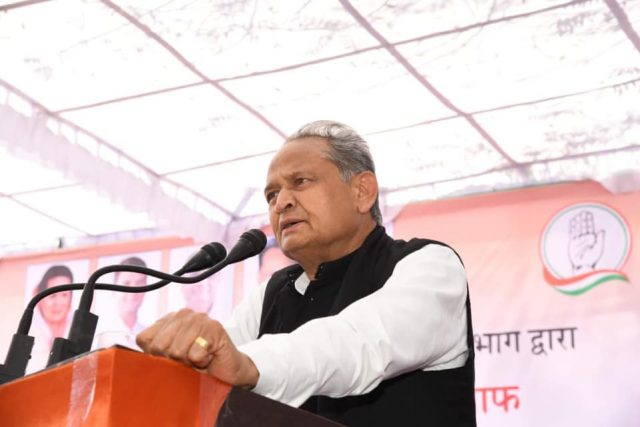 Amidst the discussion on the 5 star cultures in politics and talks about lack of organizational skills Rajasthan’s Chief Minister Ashok Gehlot is one leader who should be watched out.  Three time Chief Minister of India’s largest state Gehlot is a leader every organization loves to have.

Not just the political party but he is an ideal choice for every organization. Talk about the ideals of organization, vision, etc which are taught to a new employee during his orientation after joining an organization, Gehlot is an epitome for all that Congress stands for. Whether its faith in party ideology, secularism, constitution Gehlot is what Congress actually believes in.

Whenever there has been a crisis in the party Gehlot has always been on the forefront firefighting that.  Gehlot has been the person who has always spoken on contentious issues when no one has spoken like the contentious issue of CAA. Gehlot was perhaps the only sitting CM in the country who took out a peace march against CAA in Jaipur. He has fought tooth and nail against the undemocratic ways of BJP to topple elected governments and has led the opposition in demanding their rightful share of GST compensation from the center.

It should be remembered that the decision of recitation of preamble of the constitution was taken by the Gehlot government before the closure of schools due to COVID emergency.

With a strong network in the ground, Gehlot knows his work well and nobody can deny this. He knows the party workers by name. Regularly takes the feedback of the government schemes and is a listener.  His quality of taking along everyone is an added strength of Gehlot which makes him a popular leader of the country.

Gehlot works 24×7 and his energy can put any young person to shame. Workaholic Gehlot is a leader of masses and a man of organization who is these days busy providing relief to people affected by COVID in Rajasthan.