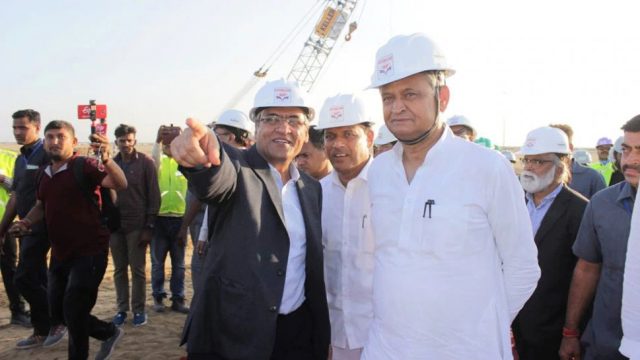 In what appears to be a complete whitewash of the Gujarat model, there has been a complete overhaul of the BJP government starting with the helm itself, it is now almost clear that the BJP’s plank of governance has failed. Otherwise why would a CM be changed in the last leg of the tenure.  Probably that’s why the party doesn’t want to take any chances and is therefore doing what it does best in Uttar Pradesh.

One must therefore visit Rajasthan where despite all the political gossips and speculations, CM Gehlot is firmly in the saddle and is delivering on his poll promises.

He has protected the state from the catastrophe of the covid in an effective manner, investors are making a beeline to the state, Rajasthan is doing well in terms of implementation of schemes of the state and central government and is a happy state under his leadership.

While states like UP, Gujarat are projected as a grand successes and model of governance by a section of media, they fail to recognise the fact that Gehlot has not only defeated any plans by his opponents and BJP to unseat him but has also been a poster boy for the ideology of the Congress.  He has been one of the very leaders who has taken the Modi government and its ideology and has simultaneously worked hard to give relief to the people of the state. He is not like all heat and no cattle kind of a leader but the one who works more and talks less.  The media must understand that all that glitters is not gold and should realise that Gehlot’s pro people policies are indeed effective in bringing a big change in the society.