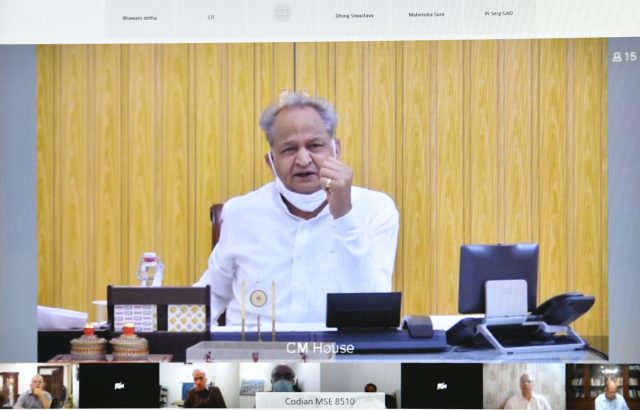 During the COVID pandemic’s second wave people are not only getting troubled by the deadly infectious virus but also recalcitrant people who are indulging in black marketing and hoarding.  Therefore CM Ashok Gehlot is not only taking steps to break the chain of infection but has also been tough against such offenders.  Strict action is being taken almost on a daily basis by ACB, police and other agencies against those who are trying to take undue benefit from the people who are in need in this time of crisis.

On Friday CM Gehlot took to social media and informed the people that strict action is being taken against such offenders and they should call the police helpline number 100 to complain about such offenders.

In the last few days police have arrested many people who were indulging in black marketing and price gouging of injections and medicines. As per media reports some of the arrested accused were from the medical background. Many complaints are there where people are being duped in the name of arranging hospital beds for them. The Rajasthan government has been effectively taking action against all such offenders so that common people do no not suffer.

The state government and people together can help in nabbing such criminals who are trying to make undue and unjustified profit when the entire humanity is facing a severe challenge.  Unlike other states, it is good fortune of Rajasthan that here complaints are tracked and effective implementation by law enforcement agencies is being made. The Gehlot government is ensuring that people do not suffer from such selfish tendencies.