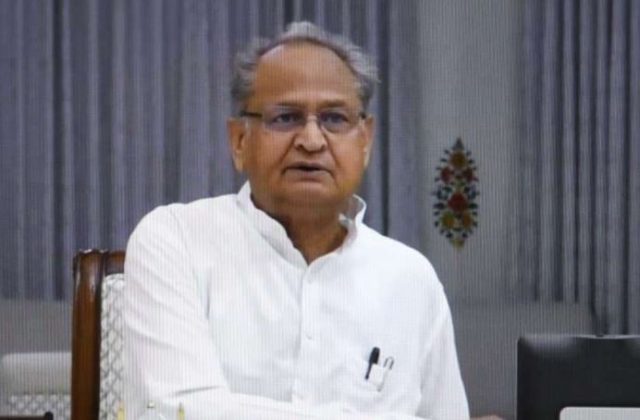 In the midst of fighting ‘political infections’ alongside Covid , Ashok Gehlot government has got a morale boost after PM Modi announced free vaccination for 18+ age group people.

Gehlot had been actively supporting free vaccination for all since the time vaccination program started in the country. He had been voicing his views on this matter through media and had recently said free universal vaccination is the right of every Indian.

“All previous central governments have been taking this programme forward. Now when the nation is grappling with an unprecedented health crisis, to deny vaccination to all is totally unjust,” Gehlot tweeted few days back before the decision of Modi government.

The decision of  Modi government is a way to accept that Gehlot was right in his demand.

Meanwhile with strict and timely containment measures adopted by his government, the effect of Covid is waning in the state.  The second wave’s dangerous nature  had shocked everyone in the country and anticipating the requirements, Gehlot had strengthened the medical infrastructure in the state and had coordinated with all stakeholders to ensure oxygen and life saving medicines.

During  this time, his scheme of cash less treatment Chiranjeevi health insurance scheme came as a shot in arm for the people who were insured for amount upto Rs 5 lakhs for illness including Covid.

Later when black fungus started raising its ugly head, this disease too was included in the insurance scheme.

The stress is no to bend the curve of black fungus too and treatment facilities have been augmented while injections are being asked from the centre to ensure seamless logistics of the medicines.

Fighting all these infections all together has only  increased people’s trust in Gehlot’s leadership.