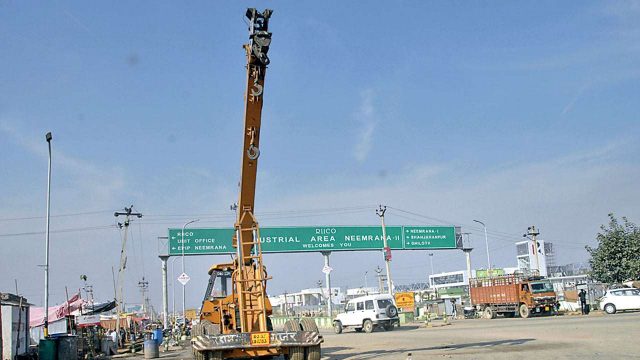 Ashok Gehlot government is synonymous with social security schemes. Gehlot is known for curating schemes which benefit people at large. However this is not all. Gehlot’s vision is farsighted and he has been strengthening the state’s economy for the last many years.  The refinery coming up in Barmer is his brain child and therefore when it was put on the back burner during BJP rule, Gehlot was disappointed.  Many big investors have signed LOIs and MOUs also with the state government which will not only advance the pace of Industrial progress in the state but will also bolster employment opportunities for youth in the state. Along with this, there is an important step which is taken by the Gehlot government to promote MSMEs in the state.

The Gehlot government introduced a law for Micro Small and Medium Enterprise ( facilitation and operation )  under which a businessman can start his enterprise without seeking any approval from various departments or inspection for the first three years. This law has proved to be MSME friendly law as thousands of new entrepreneurs buzzing with ideas have taken the benefit of this law to start their business without hassles. MSMEs are called the backbone of the economy. Unfortunately, demonetisation  proved to be a hindrance for MSMEs in the country. When the Gehlot government came to power in the state in 2018 , it brought this act in 2019 to encourage MSMEs. The MSMEs are considered to be one of the main employment generators. Thus  this single step of the government has been a big step towards promoting industrial development as well as in creating employment opportunities.