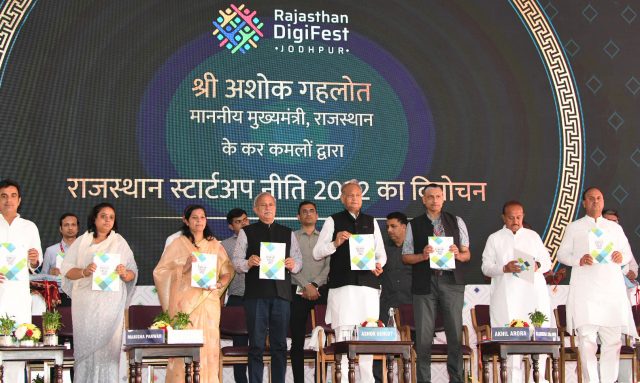 With the increasing incline of youth towards self-employment, Rajasthan is getting encouragement in entrepreneurship. Its wide range of sources are benefitting both investors and entrepreneurs. On other hand, startups are also getting the upper hand in the state in terms of resources, funding, and schemes by the state government. In the 21st century, people are willing to start their own ventures and invest in Rajasthan. The state government is also willing to help them as much as possible through various schemes and programs designed for them. New construction works and launched schemes have given impetus to entrepreneurship. Let’s talk about a few points through which entrepreneurship is getting an edge in the state.

Schemes and Programs
Rajasthan Government has launched several schemes in the past 4 years that are benefitting startups and entrepreneurs in multiple ways. Where MSME Act is strengthening the position of small and medium entrepreneurs, Invest Rajasthan Summit has attracted large-scale investment and entrepreneurship in the state. The state government is continuously working towards setting up more and more industries in the state and bringing investment. Due to the policies of the state government, MoUs worth Rs 11 lakh crore were signed with investors from all over the country at the Invest Rajasthan Summit.

Strong Support for Startups
Startups are an essential part of any state or country. They basically take a lead to take the state/country to a developed position. The state government is leaving no stone unturned to provide the best growth opportunities to the startups of Rajasthan. There is an incubation program i.e. iStart Rajasthan is running for the welfare of startups. The state government is constantly upgrading the facilities and centers in order to give maximum benefit to the startups. Recently, iStart Nest Incubation Center in Jodhpur & Pali has been inaugurated by Chief Minister Ashok Gehlot. That will give more power to startups and entrepreneurship. Till now, iStart Nest Incubation Center has been established in 10 cities in Rajasthan. Startups are growing like never before.

The newly inaugurated Rajasthan Startup Policy 2022 is also a big initiative to strengthen startups and give them economical support. With this scheme, startups will be able to get funding and other necessary support for their company.