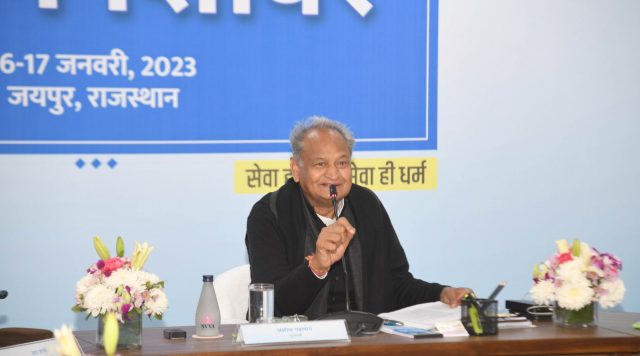 CM Gehlot conducted two day Chintan baithak which ended on Tuesday which is being seen as an exercise to review the performance of departments and the ministers of the government. This two day exercise is a shot in the arm for the congress party as the factual position of the flagship schemes, the pluses and minuses have been reviewed at the top level which will eventually strengthen the party in poll bound year.

Interestingly Rajasthan is doing far better than many other states in terms of law and order situation.  It has been learnt that despite the policy of compulsory registration of FIRs in Rajasthan, around 5% less crime has been registered in 2021, as compared to 2019, whereas more crimes have been registered in 17 states and UTs including Madhya Pradesh, Haryana, Gujarat and Uttarakhand. An increase of 69% crimes has been registered in Gujarat, 24% in Haryana and around 20% in Madhya Pradesh. Moreover as  a  result of the steps taken by the Gehlot govt, in 2017-18 the investigation time was 274 days in rape cases, which now has come down to 68 days. The average time of investigation in Pocso cases which  was 232 days in 2018 has now been reduced to 66 days.  CM Gehlot is in full action and while a lot of positive things have been done to provide employment opportunities,  his inextricable relation with the social security schemes is his biggest strength, feel many political observers .