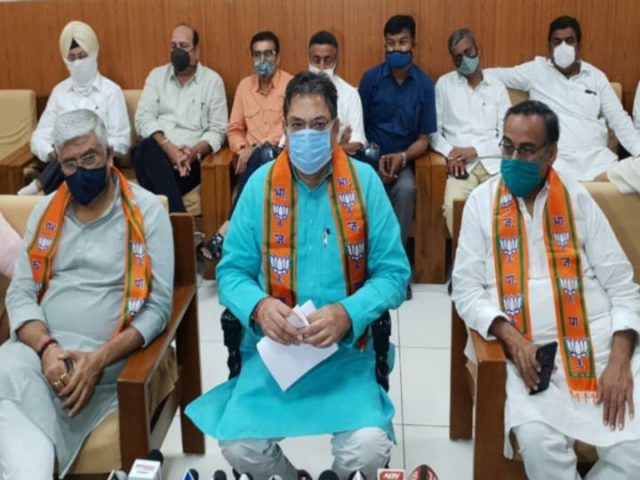 The recent diatribe of BJP leaders especially state BJP President Satish Poonia and more recently the out of reference remark by former Home Minister Gulabchand Kataria about the future of Congress government is not only look like a mark of depression but also looks like that now even state BJP is following the footsteps of its top leadership. The concept of ‘angry young man’ is over and people have moved on.

The modus operandi observed about the style and working of BJP leaders across the country is that they make statements about their opponents, attack them verbally and try to create an impression in the media. For instance in west Bengal, BJP is busy making verbal attacks on everyone or in just concluded Bihar elections.  Even in states like Maharashtra where they were in power till about a year back, BJP’s primary method is to just make statements. But they rarely offer anything to the people. Whether its assembly elections or even the municipal elections in Rajasthan and elsewhere, they have tried to encash the image of PM Modi and use his name in their speeches.

In villages of Rajasthan which are going in for elections of panchayat samitis and zila parishad elections, Modi’s name is being used in campaigns as if voted to power, Modi will become the ‘pradhans’ or ‘ Zila Pramukh’s. BJP has been concentrating on criticizing Congress but is falling short of telling the  people about what they have to offer. Voters have lost interest in constant word play of the BJP and want to know what it can offer rather than criticizing just for the sake of criticizing.

It is high time BJP stops this primary method of blaming Congress and should rather offer something to the people so that its statements are taken seriously by the people.

Ashok Gehlot is the leader for all seasons