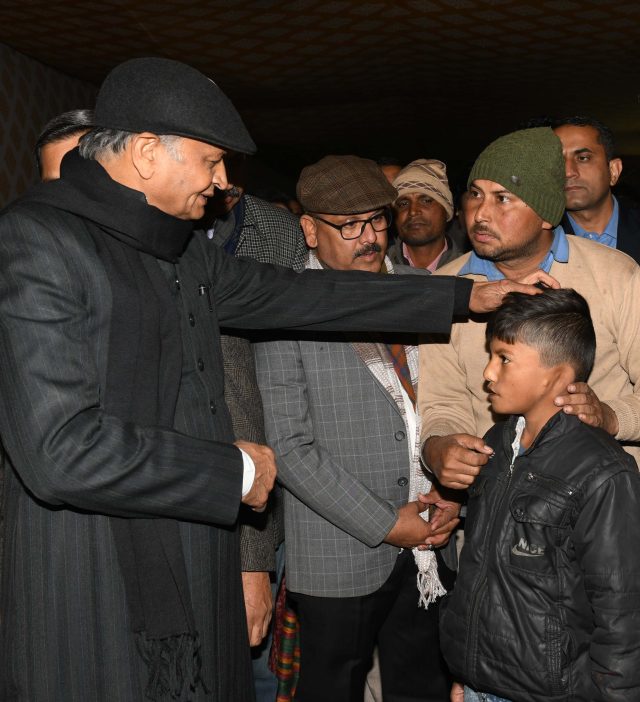 In infant deaths at Kota hospital why does opposition smell an opportunity ?

This question is boggling in the minds of political novices but for the astute ones it is very clear that opposition has sensed this sensitive issue of death of infants to be an opportune moment  though, a pity, that they are trying to get political advantage by criticizing the state government of Chief Minister Gehlot who with his health agenda has become the ambassador of imparting good health service in the state of Rajasthan and is being liked for his approach across the country.

With his innovative schemes like free medicine and free diagnostic scheme, Gehlot has delivered quality health services to the people in the state. While these schemes revolutionized the health scenario in Rajasthan during his previous tenure, his initiative in getting the treatment of children with hole in health paying price is a boon for the helpless parents who have now got a ray of hope in the scheme launched by Gehlot.

Few days back, Gehlot launched the ‘Nirogi Rajasthan’ mission to make the people aware of the health benefits and to improve the quality of life and government had launched several programs around this drive.

Seeing all this,  opposition BJP in the state as well its central leaders were tight  lipped and had no ammunition to fire against Gehlot who is seen working vigorously for the welfare of the people.

Gehlot this time has not stopped on just schemes for health but has made the vision of making Rajasthan Number 1 state in heath sector his priority and what better time is to target his image by politicizing the unfortunate death of infants in Kota Hospital. It’s a pity that politics has come to this level in the country.