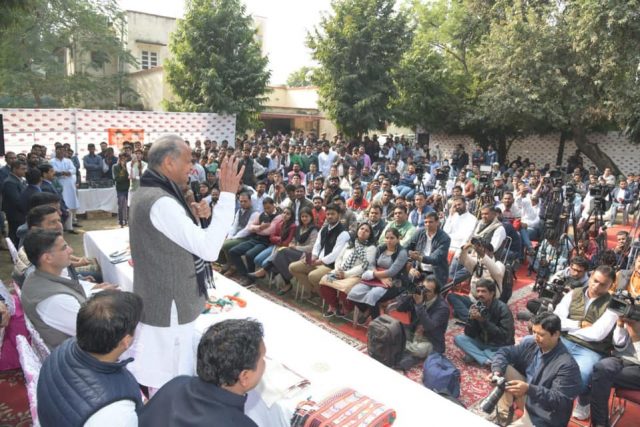 It was probably the best 20 minutes of young leaders belonging to NSUI and youth Congress on Wednesday who got to hear Chief Minister Ashok Gehlot. This talk was even though given by Chief Minister but reflected his journey of becoming a mass leader. Gehlot gave them lesson of life and off course of becoming a political leader giving them insights of reaching out to the masses. 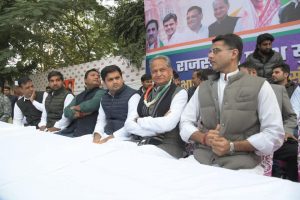 The occasion was a run-up meeting before the rally of former Congress President Rahul Gandhi in Jaipur on January 28. Gehlot while asking the youth leaders to pull up their socks for the rally gave them tips.

Reminiscing his days and how he became a congress man, Gehlot narrated that it was the time when former Prime Minister Indira Gandhi had nationalized the banks, Communist parties had started a signature campaign in her support. Gehlot mentioned that the time he put his signature in favour of Indira Gandhi, he became a congress man and giving lesson to the youth leaders added that campaigns are necessary for the political parties as they become means of reaching out to the people. 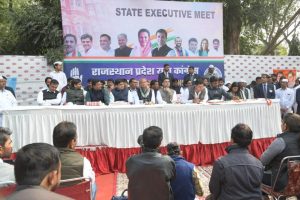 He told them to reach out the people on the occasion of upcoming rally of Rahul Gandhi and should explain to them that rally is being organized to decide the agenda for youth.

During the entire speech Gehlot touched upon various issues right from the need of more meetings between congress leaders and NSUI where either side will be able to interact to current issues related to CAA economy etc. with the youth leaders. He also explained them the need of connecting with the people at large, making all them listen to him carefully. 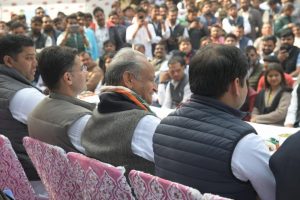 Overall this was an exciting opportunity for these young leaders who heard the Chief Minister himself giving them an unexpected but satisfying –Pep talk.

State government to make use of ‘Gandhigiri’ to ensure people follow...