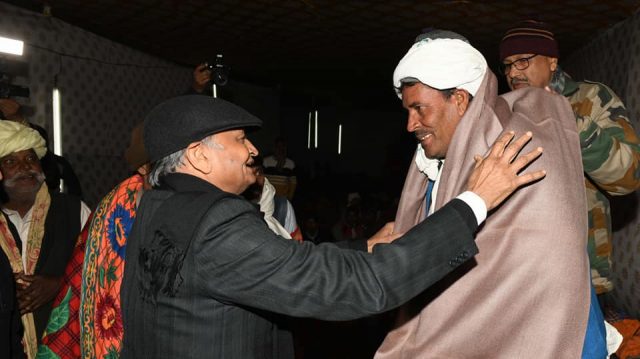 While for a regular person first day of the year is all about partying on the New Year eve and spending the first day of the year celebrating the arrival of New Year. Most keep resolutions which are seldom followed or implemented. However when we speak about Rajasthan Chief Minister Ashok Gehlot all such assumptions are wrong.

This is because when the world was celebrating the arrival of New Year 2020 and were partying hard, Chief Minister Ashok Gehlot had hit the roads distributing blankets and speaking to people who had sought refuge in shelter homes on streets of Jaipur. 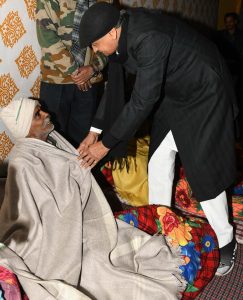 Going out in open at wee hours on cool December 31 night, Gehlot met the people spoke to them and heard them ,most were overwhelmed by the gesture of the chief minister.

During the day, large number of people from all walks of life met the Chief Minister at his residence and they kept coming! Gehlot met all of them and wished them greetings for the New Year. 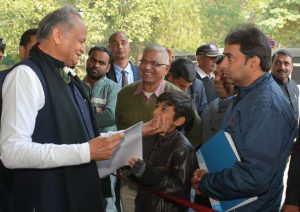 While meet and greet sessions for politicians are part and parcel of their public life, It is really a different feel when one meets the Chief Minister. Firstly, He has no fuss in meeting anybody.  He keeps on meeting the people till the time they last and is always eager to listen to them.  Second- he never gets tired or frustrated on hearing complaints. Wherever he goes people handover pages of memorandum which he accepts readily. 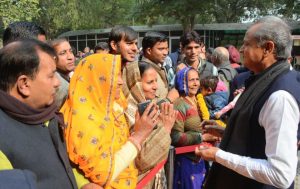 Towards the evening time, he had an important meeting of the cabinet wherein certain key issues were discussed.

The point is that when takes it lightly at this time of the year and is trying to jotter down points he will do this year, Gehlot has already started from the very first ball of 20-20 and it’s a 6 for sure !