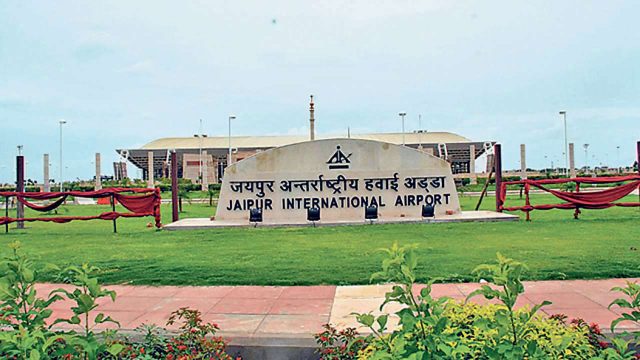 The cases of gold smuggling through Jaipur Airport have become frequent. In a fresh incident, a case of gold weighing 620 gms has been revealed on Monday when the customs found a man carrying gold in his jeans and in rectum. Sources informed that Imran, the accused passenger had come to Jaipur on Monday morning from Bangkok . The value of the gold confiscated from the accused passenger is said to be around Rs. 27 lakhs. He is being interrogated by the officials of customs department.

Very recently, in the month of February itself, smuggled gold weighing 1.066 kg and worth Rs 44.96 lakh was seized at Jaipur Airport here from two suspected passengers, who hid the yellow metal in their rectum. These accused were coming from Bangkok and Dubai.

Earlier in the month of January, a national of a Far East country was arrested for smuggling kg gold worth Rs 2 crore while two people were arrested in the same month who were trying to smuggle 466 gms of gold while coming from a flight from Dubai to Jaipur.

While smuggling the yellow metal from gulf nations was observed commonly, the cases of smuggling of gold from Bangkok has seen a spurt in last few months.