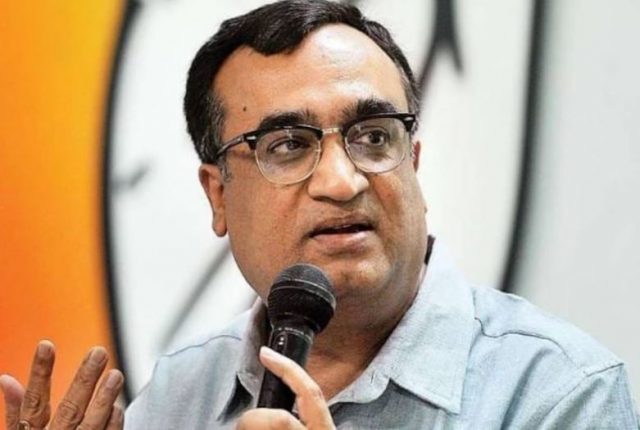 This is the question which is being asked in the relevant political circles about the way party incharge Ajay Makan handled the whole issue of congress legislative party meeting in the state which was slated on Sunday evening. After he had come to know that there was dissatisfaction in the rank and file of the party, still he pushed with his agenda which led to show of resentment by many MLAs.

Political experts are actually questioning the way Makan handled the whole issue and  there was no sign that his hand was on the tiller. Moreover , many feel that if there has to be a change in the leadership of the party in the state then CM Gehlot should be kept in loop and should be a part of the decision making process. Bypassing him is not politically advisable. He is the only CM of an opposition ruled state who had shown the ability to foil operation lotus of BJP .

The whole episode actually showed miscalculation and inept working of Makan which led to a situation of total confusion , also giving the BJP a chance to take potshots on the congress party.  The government has been functioning quite successfully in the state and there is actually no reason whatsoever for making any change. In the last few days, the political environment of the state became very confusing while a few days back Home Minister Amit Shah attacked the government from Jodhpur.