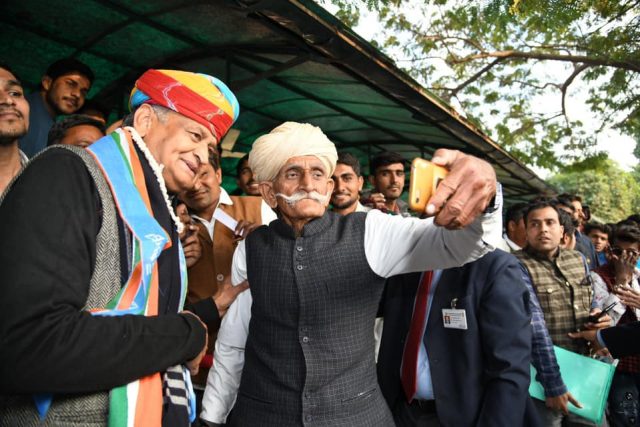 When you get old and feeble, among other things that you start missing is the self-esteem which emanates from money. A senior citizen might have to undergo a situation when he/she is not able to spend money from own pocket or may give it to some relative who has come home.

Realizing this Chief Minister Ashok Gehlot had launched the pension scheme during his previous tenure.  The scheme received much applauds and acclamation and the faces of senior citizens beamed when they used to receive the money order of the pension given by Gehlot government.

5 years flew like anything and when BJP government came to power in December 2013, the scheme was sent packing.  Gehlot made a comeback in December 2018 and after that strengthened the scheme.

The beneficiaries of age old pension are now getting Rs 750 and Rs 1000 per month depending upon their age. As per an estimate the scheme is benefiting about 52, 51,896 senior citizens of the state.  The pension is now getting credited in their bank accounts.

Gehlot has earned the reputation of providing benefits to people across various sections of the society by launching and successfully implementing social welfare schemes for them.

And it is not like that these schemes are just running in name for formality sake. Any Individual can go to the website of jan soochna portal and can check for self the data uploaded regarding various schemes on the website.