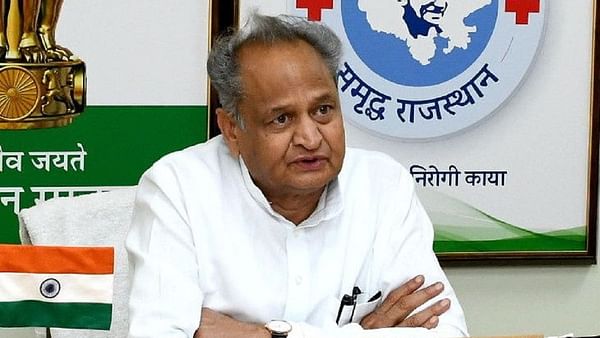 After CM Ashok Gehlot spoke against the bogey of Love Jihad other Congress leaders have also spoken against this and toed the line of Gehlot.

Gehlot had said that love jihad is a term manufactured by the BJP to disturb communal harmony,

In a series of tweets on Friday, Gehlot said marriage is a matter of personal liberty and bringing a law to curb it is unconstitutional.

“Jihad has no place in love. They are creating an environment in the nation where consenting adults would be at the mercy of state power. Marriage is a personal decision and they are putting curbs on it, which is like snatching away personal liberty” Gehlot said in his tweets.

After this, social media was swamped with praise of Gehlot with twitterati lauding Gehlot for calling spade a spade and for his opinion on this issue which has for long been dragged by BJP to build a narrative.  His saying marriage to be a matter of personal liberty was welcomed by the people who supported him and Gehlot’s opinion was termed as bold and unambiguous.

Large number of users from sections of media and intellectual people extended their support to the CM and later Congress leader and a minister in Chhattisgarh government T S Singhdeo also voiced his views against love jihad while Member of Parliament from Assam and young leader of Congress party Gaurav Gogoi too went against the BJP agenda on Love Jihad.

Gehlot has raised this issue on the national level which has initiated discussion on a large scale on this topic. BJP governments of MP and UP are making laws against what they call Love Jihad but with Gehlot now taking up the issue it is for sure that many other leaders cutting across party lines will speak on this issue.

Ashok Gehlot is the leader for all seasons