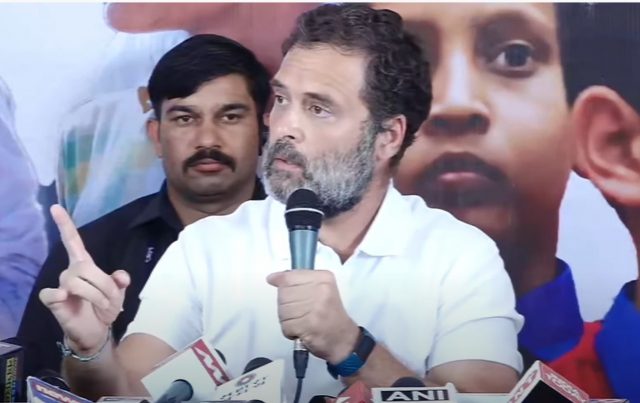 So after Rahul Gandhi came out in support of CM Ashok Gehlot over the presence of Gautam Adani in the Invest Rajasthan summit, BJP and Gehlot detractors stood exposed in front of everyone.

Gandhi in a presser today literally supported Gehlot who is eyeing investments from all big corporate houses in the state. Addressing a media question in Karnataka today, Gandhi said that he is not against any corporate  & his opposition is towards monopolisation. “Mr Adani has committed ₹60,000 crore to Rajasthan. No chief minister can refuse such an offer. In fact, it would not be correct for a chief minister to refuse such an offer. Now this is a big statement from Rahul Gandhi for all the political observers and people who love to watch congress. It is a message of giving approval to the policies of Gehlot and also a sign to his detractors in the Congress party that he stands firmly with the experienced political leader who is a beacon of hope for the congress party.

BJP’s motormouths were also trying to portray Gehlot differently and their tweets looked like an attempt to egg on the issue after he shared the dias with Adani and they will surely have to eat crow now.

As said earlier, Gehlot is the brahmastra which the congress party has to defeat the BJP. He knows his work and is good at it.  With so many social security schemes running in the state, money is surely needed and no one can manage the economy of the state better than Gehlot.