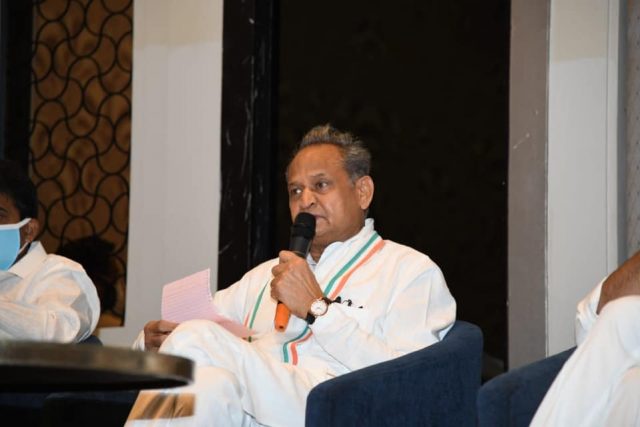 Rajasthan Chief Minister Ashok Gehlot has stepped up his attacks on the central government and BJP in recent days. He has attacked them on various issues through his comments on social media and in press interaction.

Recently Gehlot lashed out at Union Home Minister Amit Shah for targeting the Congress and asked why there is no one beyond Prime Minister Narendra Modi and him in the BJP.

Without mincing words, Gehlot said that Amit Shah along with PM Modi has “high-jacked” the BJP and NDA government with no breather for other leaders. He said apart from three to four ministers, the public does not “even know who all are there in the Modi cabinet”.

He then took on the union government over the China issue on Sunday. In a press interaction session conducted on Sunday evening, Gehlot asked Prime Minister Narendra Modi to withdraw his statement at an all-party meeting, claiming that he had given a certificate to China that it did not intrude into Indian territory or capture any post.

“The prime minister should tell the people of the country what happened on the border,” Gehlot told  media at this media interaction conducted via video conference while referring to the Ladakh”s Galwan Valley clash between soldiers of both countries.

The Chief Minister also sought a clarification from PM Modi about why neighbouring countries are against” India despite good international relations.

The three time chief minister of Rajasthan Gehlot while participating in the Congress party campaign against the rising fuel prices, Gehlot tweeted that the rise in fuel prices in the nation is a proof of BJP’s totally insensitive governance. He said that NDA is profiteering at a time when people are facing so many hardships and the government should stop fleecing the public.

Do we still need a hint which side you are on, Mr Pilot?