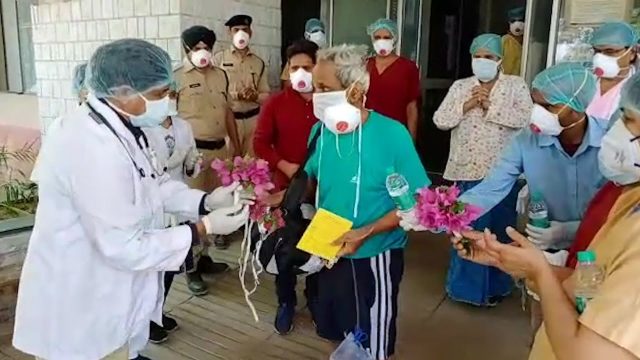 Rajasthan’s Corona strategy has become a success story. After scripting success in containing the virus in hotspots of the state and in impressive rate of recovery of COVID cases, Rajasthan has now emerged as number 1 state in a report released by the central government. It has excelled in all the parameters set by the union government to combat COVID-19 making the state number 1 among the 10 major states which were included in this exercise.

The efforts of Ashok Gehlot government are being hailed for success of state in mitigating the spread of this virus.  Recently, Jaipur, capital of Rajasthan and one of the hotspot areas is being called as a role model for other cities across the country while the ruthless containment adopted in textile city Bhilwara gave the country Bhilwara model to check the spread of corona.

Since the spread of disease can be checked by testing more and more, therefore the state developed corona testing capacity during the lockdown period and  about 16 thousand tests per day are being conducted in the state as of now which is high compared to several other states.

All this has been possible because the authorities and those at the helm anticipated the impending crisis and were ready with preparedness. It is perhaps for this reason that in spite of the number of migrants returning home, the state has been able to check the spread of virus. The recovery rate in the state is higher and is a good sign in this time of crisis.