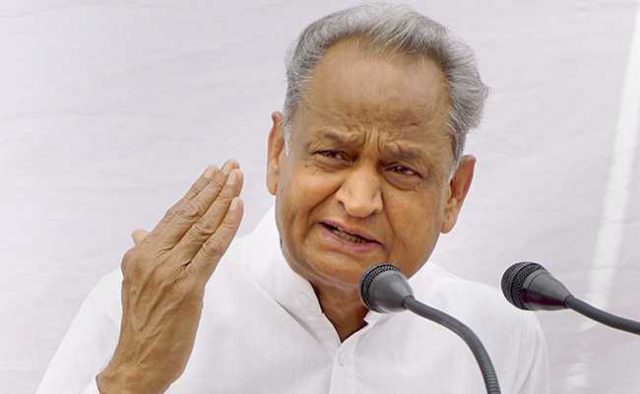 CM Ashok Gehlot has attacked the BJP over the proposed laws on so called Love Jihad in some BJP ruled states and has taken a firm stand against this.

In a series of tweets on Friday, Gehlot who is perhaps the only leader who has gone ballistic against this said, “Love Jihad is a word manufactured by BJP to divide the Nation & disturb communal harmony. Marriage is a matter of personal liberty, bringing a law to curb it is completely unconstitutional & it will not stand in any court of law. Jihad has no place in Love.”

In another tweet he called marriage to be a personal decision and putting curbs on it was like snatching away personal liberty.

Gehlot said that it seemed to be  a ploy to disrupt communal harmony, fuel social conflict & disregard constitutional provisions like the state not discriminating against citizens on any ground.

Notably UP and MP both BJP ruled states have decided to make laws against what they call ‘love jihad’ making a lot of interfaith couples suspicious about the basic objective of these proposed laws.

Gehlot has never shied from making his views about contentious in public and in taking a stance. This is what differentiates him from other politicians of both Congress and BJP. He is probably the only CM till now who has openly spoken against the plans to make a law on interfaith marriages.

It’s worth recalling that it was Gehlot who had brought a law against honour killing and got it passed from the Rajasthan assembly. No other state had done this before and Gehlot had set an example before the country.

Now with Gehlot coming out in open against the plans of BJP to project interfaith marriages as love jihad, hope other forward looking and like-minded politicians cutting across party lines will join him.