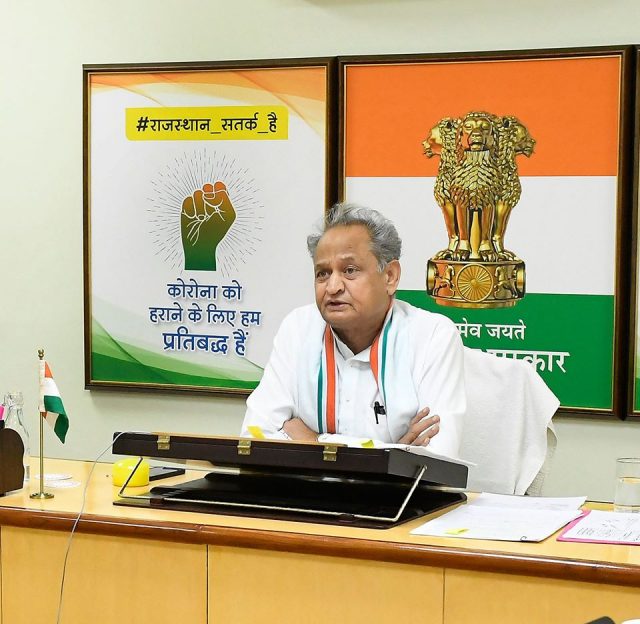 World over the health experts have stressed on vigorous testing to solve the problem of COVID pandemic. Rajasthan is making rapid stride towards that direction with the government and private sector marching shoulder to shoulder. In the state, along with the medical and health department, private hospitals have augmented the capacity of corona testing in the state.

Rajasthan has been praised across the country for its innovative steps and for aggressive testing and contact tracing for Corona virus.

Such is the proactive approach of the state government in containing the spread of the virus that Rajasthan was one of the first few states to have initiated rapid tests. Though due to the faulty rapid tests kits the process was halted in between but again it was Rajasthan which raised alarm bell about the inferior quality of the test kits.

Now, Jaipur is being hailed as a role model for its innovative ways in tackling the spread of this virus which has brought world to a standstill.

It is because of this aggressive testing that state has been able to take certain steps for economic revival too because it has scaled up its capacity of testing.  Chief Minister Ashok Gehlot’s stress on health sector is now coming as a big advantage to the state.  Due to schemes like Chief Minister free medicine scheme and Chief Minister free diagnostic tests scheme during  previous term of Gehlot, the public health system’s delivery of health services had improved and had got strengthened. Then during this term, Nirogi Rajasthan mission gave further invigorated the health infra in the state.

All these factors are keeping Rajasthan ahead of others states in fight against corona.

Do we still need a hint which side you are on, Mr Pilot?