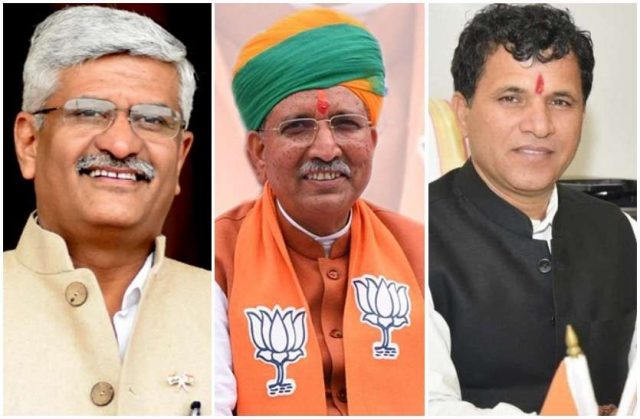 In the time of a crisis like Corona pandemic when the budgets of the state governments have gone hay-wire , Rajasthan’s more than Rs 7000 crore on account of GST dues are stuck up with the centre. Irony is that the Lok Sabha MPs of the state who make baseless allegations on arbitrary issues are silent on this issue.

There are 25 Lok Sabha MPs of Rajasthan of which 3 are union ministers but no one has raised the voice with the ministry of finance for release of this mammoth amount of GST.

This amount is a big amount and with the expenditure being done by the Gehlot government for free vaccination of 18 + age group people, if this amount could have been released on time, it would have given so much financial flexibility to the state government.

The announcement of the PM about free vaccination to 18 + is too late and too little and Rajasthan already undertook the responsibility of vaccinating its people in this age group. For this advance payment of crores was made to the companies for the vaccine. Had the BJP government released this Rs 7142 crore on time it would have been so much beneficial to the state .

However all the 25 MPs including union minister Gajendra Singh Shekhawat, Arjun Meghwal and Kailash Choudhary who claim to speak for the state have not raised their voice on the step motherly treatment to Rajasthan on this issue which could have been beneficial to the state.