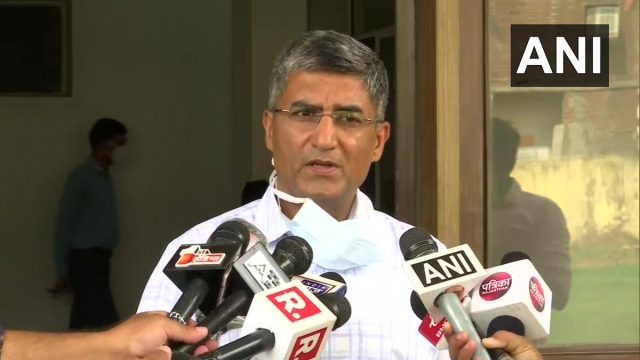 The notices sent by The Special Operations Group ( SOG) to the Chief Minister Ashok Gehlot, Deputy Chief Minister  Sachin Pilot, Chief Whip and other MLAs made the otherwise dull Sunday politically interesting. It was expected that SOG will be recording the statements of Congress leaders after they had lodged compliant of an alleged attempt of trying to topple their government in the state as it is a routine process.

While the notice was sent to these leaders to record their statements in an alleged case of bribing the MLAs to allegedly topple Congress government in the state, many drew different political inferences from this notice. Soon the social media became a space of voicing opinions on this matter without much people caring to get to the depth of the matter. It seemed that they were presenting one side of the story and theory that only Pilot had been given the notice started gaining ground. However, saner voices soon stepped in and the other notices were also shared in media and social media. The notice was given on July 10 by Additional SP SOG which said that they want to record statements of Pilot under 160 CrPC and a similar notice was given to the Chief Minister.

While Gehlot clarified on Sunday and tweeted that SOG has given notice to Chief Minister and Deputy CM, ministers and MLAs to record statements on a complaint of Congress that BJP is trying to lure MLAs with money but some sections of media are presenting it differently which is not right.

Earlier , on Saturday during a media interaction, Chief Minister  said that he will abide by the notices given by the agency.

The investigating agency had arrested two suspects Bharat Malani and Ashok Singh for allegedly trying to topple the government by offering Rs 20-25 crore bribe each to unspecified legislators – a charge leveled by Congress party during the RS elections.