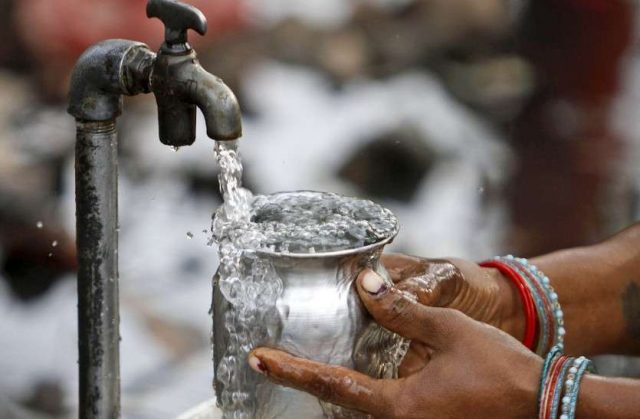 Jal Jeevan Mission in the State

The implementation of the Jal Jeevan Mission is on its pace in the state. New 5 major drinking water projects have been recently approved by the government to provide drinking water through 65 thousand 786 ‘Har Ghar Nal’ Connections in 310 villages. Under the regular wing, 1309 single village and small multi village schemes including regional projects have been approved for 2080 villages of the state, out of which 3 lakh 65 thousand 815 tap connections will be given to every household. These decisions will deliver direct benefit to the rural households regarding drinking water.
A new initiative has been taken by the state government recently. Under Jal Jeevan Mission and other projects in the state, junior engineers posted in the field to senior officers working at the state level will keep ‘field testing kits’ with them at all times to check the quality of the drinking water supply. They will use this kit for quality testing of drinking water during field visits.

Through this campaign, the state government is aiming to solve the problems of rural citizens related to about 20 government departments. The drinking water and electricity problem will be on priority. The aim is to provide drinking water to every household in the state.

On the instructions of Chief Minister Ashok Gehlot, work has been started in this direction by issuing a tender for making survey work and DPR of Phase II of Isarda Dam project under the budget announcement made for providing surface drinking water in Alwar district. Once implemented, the Isarda Dam project will benefit a lot of citizens with clean drinking water. This will prove to be an important step in the direction of providing clean drinking water to the people of East Rajasthan.

Water is our utmost necessity. Without it, we can’t survive. The state government is doing its best to make the easy reach of drinking water to every corner of the state. Many budget announcements have been made for the same and most of them have been implemented in a short period of time. The goal of the state government is to provide clean drinking water to the common man in every area.