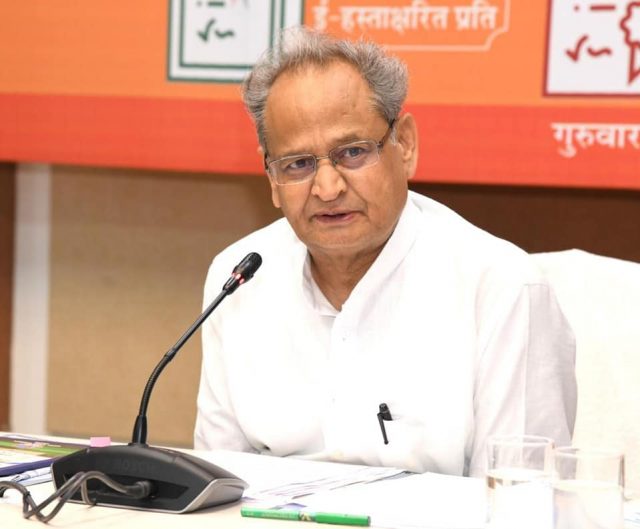 Rajasthan is witnessing a strange situation these days. The political leaders are competing among themselves in one-upmanship , trying to corner each other, to gain prominence in the eyes of senior leaders in Delhi. The situation of BJP is particularly peculiar. Earlier, the saffron party was known to have leaders either of RSS ideology or the non RSS background leaders. Now, each leader is distinct in himself and all are trying to cut others to size to stake claim to take the top political post in the state. However, there is no vacancy! The elections are three years away and all this groundwork is being done to project them as the leader when the elections come.

While there are supporters of Gajendra Singh Shekahwat who are trying to project him as a CM candidate, supporters of Rajendra Rathore believe that their leader is the rightful candidate for the job. Satish Poonia ‘s supporters (if they exist!) may also be thinking likewise and then there is former CM Vasundhara Raje who is in a wait and watch mode. There may be several dark horses too aspiring for the post. But as pointed out, there is no vacancy. CM Ashok Gehlot is firmly seated in the saddle driving Rajasthan carefully from the current crisis of COVID.

Sachin Pilot too shows his ambitions in the way he projects his tours in the state. He tried to take the rebel route but failed miserably. This dented his goodwill too and showed him as a leader trying to split the party for his political ambition.

All these leaders doing political gambling have not spared thought to the fact that Rajasthan like rest of the country was undergoing through the unprecedented health crisis and Rajasthan CM Ashok Gehlot was continuously taking steps to bend the curve and to provide relief to the people. Most of these leaders remained aloof during the COVID time but continued with their diatribe against Gehlot who was ensuring robust health mechanisms 24×7 in the state.

The way these leaders tried to divert the attention of the people in this crisis has been watched by the people who have also felt the sensitiveness and humanitarian decisions of Gehlot.

For the sake of democracy and in the interest of people these leaders must now join hands with Gehlot as the massive inoculation of covid vaccine is about to start. Maybe people may forgive them for playing politics at such a crucial juncture.