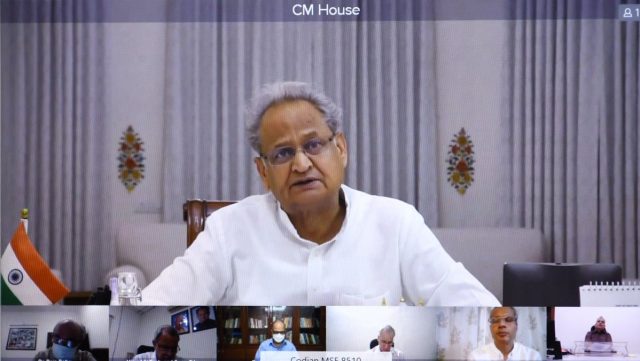 Two important news developments have been the talk of the town today ( Thursday) one is about the cover page of a leading magazine which has written “MISSING” on its cover page and name as Government of India  making it crystal clear that Modi Government has been missing in these testing and crisis times in the country.  In fact it is very bold on the part of the magazine to have guts to blame the central government for it being absent as the country struggles with the havoc during the second wave of COVID-19 virus.  The second news which does not seem related is that Rajasthan CM Ashok Gehlot has now tested negative for COVID virus. Have we realised that since the time he was COVID positive he remained working 24×7, taking meetings, monitoring the real time situation of COVID in the state, pressuring centre for oxygen quota, getting vaccines for the people and all such other works on a war footing though he himself was suffering from the infection. The contrast is very much clear and the relation between the two news is very much established.

The central government which is definitely of higher prominence is being called missing and then there is  a CM who is constantly under attack from the very party which is missing in centre but pointing fingers in Rajasthan and also suffering with the infection, is working day and night without mentioning that he is ill for the welfare  of the people.

The people of the country will always remember the apathy of the Modi government and the empathy and  public welfare attitude of CM Gehlot .