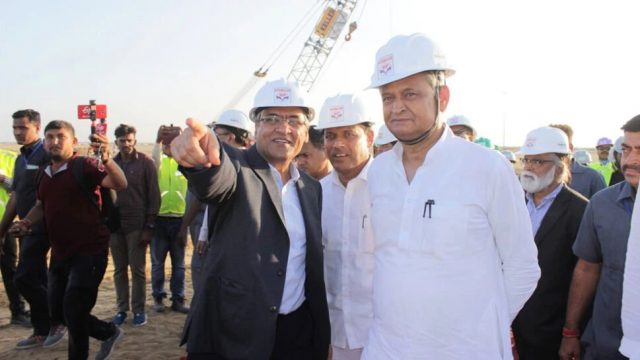 The myth of the UP model is getting busting with every passing day. Image of a airport of some other place being passed out as upcoming airport in Jewar or the murder of members of a weaker section in Prayagraj loudly narrate the reality of this so called development model. The bogey of love jihad too has busted.

While UP is news for such negative news, neighbour Rajasthan is enjoying the fruits of the hard work of CM Gehlot who is silently working to develop Rajasthan which will  set an example in future.   His governance model is changing the social and economic condition of the state. As per a report UP has been adjudged amongst 4 states in which there is maximum poverty .

Thanks to the financial expertise of Gehlot, Rajasthan has been pulled from the BIMARU category and despite delays in GST compensation , the expenditure in social security schemes is being continuously made bringing smiles on the faces of beneficiaries.

State is leading in renewable energy of solar and wind and energy generated is among the top in the country.  Upcoming refinery in Barmer and the power generated through solar and wind will make Rajasthan a power house in coming years.   Education, health are the issues which are the focus of state government and everyday some new decision is being taken to improvise.

There is no comparison between the models of UP and Rajasthan but shows that  focus of Gehlot is on core issues and the image makeover is not the style in Rajasthan.