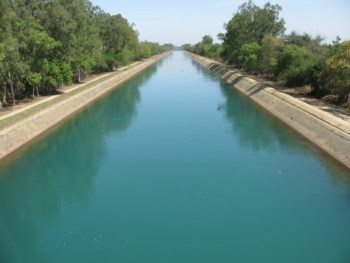 In a letter to Prime Minister Narendra Modi, Gehlot said the project costing about Rs 37,247 crore will ensure the availability of drinking water in 13 districts of the state while meeting irrigation needs of 2.8 lakh hectares.He said the detailed project report (DPR) of the project had been sent to the Central Water Commission for necessary approval in November 2017. The Chief Minister said that the Centre has given the status of a national project to 16 multipurpose irrigation projects in the past. But no multipurpose irrigation project in Rajasthan has received this status, he said.

This is not the first time when Gehlot has made this demand from the centre, earlier also he has written letter to the centre with ths demand. Actually the issue goes back to months prior the assembly elections in 2018 .  then BJP government had made this demand to the Prime Miniister Modi who while while speaking at a ceremony in Jaipur when BJP was ruling the state , had assured to look into this demand. It is now rather suprising that with all 25 lok sabha seats with NDA and union Jalshakti Minister belonging to Rajasthan, nothing is heard in public domain about this project .

This ambitious ERCP project will ensure the availability of adequate water for drinking and irrigation to Jhalawar, Baran, Kota, Bundi, Sawai Madhopur, Ajmer, Tonk, Jaipur, Dausa, Karauli, Alwar, Bharatpur and Dholpur districts. This means a large part of the state will be benefited by this project. However, it is time that BJP too comes ahead to support Gehlot on this matter and puts pressure on centre to declare ERCP a national project in the interest of the state.