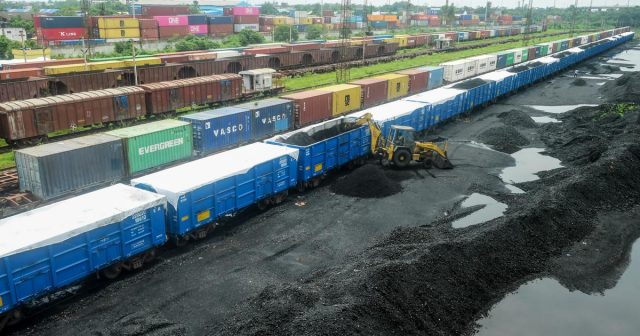 This is the question people of the state are asking as news reports of coal shortage and DAP shortage are taking their attention.  Initially people were not aware about the exact issue but thanks to a section of media with national outlook, they came to know that it is a nationwide problem. So next came the role of ministry of coal as wel as ministry of rail which can swiftly arrange for the rakes.  As both these ministries come under the central government, the next question came up as to what were the MPs of the state doing to put pressure on the central government for ensuring that state gets coal on priority.  During the last LS elections, people had given 25 out of 25 seats to BJP + Ally Hanuman Beniwal.  However political expert claim that  other than bashing the state government BJP MP not much pressure they have been able to put on the central government to send the extra rakes or to solve the DAP fertilier shortage which is hurting the farmers during the season time.

BJP is being criticised as a party which is active mostly on social media only and rarely takes up the issue related to public with the central government. ERCP being one of those such projects is being cited as example by people who feel that BJP has lost the grip on the issues related to Rajasthan and is ceding space to other parties like RLP.