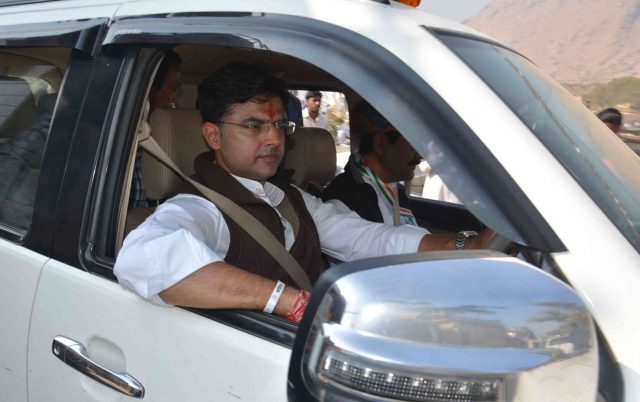 The political crisis in the state has given rise to many debates. Among them one of the most talked about issues is why Sachin Pilot is in a hurry. While no one knows his intentions, going by his intentions it is clear that he wants to have the full share of the pie.

A shining star of Congress party , Pilot started as a young MP very early in his life, he reached to the heights of becoming the PCC Chief a position for which many senior leaders aspire and then later became Deputy Chief Minister of the largest state of the country. However, still he looked in a hurry.

After his rebellion against the government in which he was the Dy CM till now, sections of the media reported Congress’s top leadership, the Gandhis, have reached out to the rebel leader several times over the past few days but Sachin Pilot has been largely unresponsive.  Perhaps coming with a political background has helped him as he got the ground ready and was ready to take off without any push which several other young aspiring leaders needed early in their career. And perhaps this fuelled ambition in him.

Though being ambitious is not a bad thing and is expected to help a person to progress in life but as it is said, too much of everything is bad. Under the guardianship of Chief Minister Ashok Gehlot and other senior leaders in the party, Pilot had got the golden opportunity to learn the craft of governance of a state which is naturally very different from running a ministry at central level of which Pilot is an expert.

Being a co-pilot is also not a bad thing after all when the goal is the welfare of people. His time was to come but why so hurry, enjoy the journey.