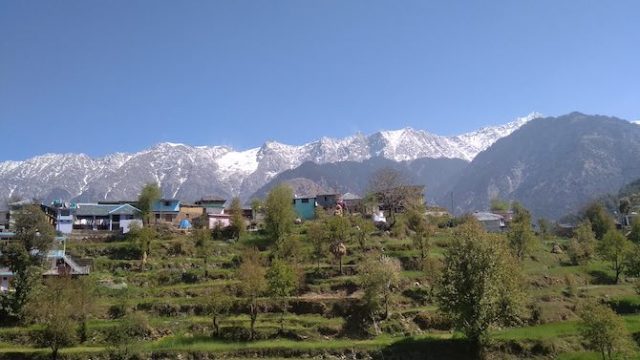 Amid the condition of lockdown across large parts of the world in the wake of Corona pandemic, a different rather surprising change is also being witnessed.

The social media and newspapers are full of incidents where animals have been seen coming on roads and walking without any fear. Recently social media was full of image of Dhauladhar mountain range, part of the Himalayan range in Himachal Pradesh being visible from Punjab’s Jalanadhar.

There was another instance of a video of a civet cat, which is considered to be an endangered species and was seen wandering on a deserted road in Kozhikode in Kerala.

Many such joyful scenes have been posted on social media from other parts of the country too. Infact many bird and nature lovers are spending time by clicking the pictures of birds and flowers etc from their windows and terraces.

It is not only in India that such scenes are being witnessed or are being posted online, but many such videos and pictures have been posted by people of several other countries.

Since the humans are under quarantine under the safe confines of their homes, the animals are feeling a lot more safe and are appearing on roads.   Excited people are clicking their pictures walking on the road from their homes and are posting them online.

The pollution level in various cities has reduced and air is much cleaner now during the lockdown period and there are no vehicles on roads on these bustling cities. A good time for the nature to take over the world!