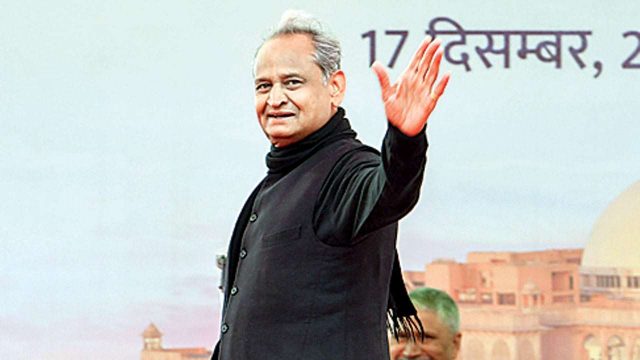 The last three years politics in the state have been a story of stark contrast.

BJP once again showed that its fight is not against the policies of the Congress but it is caught in internal feud.  CM Ashok Gehlot has continuously fought Covid menace along with the attempt to topple his government and at the same time fought against costly education, costly treatment and made innovative schemes to promote welfare  and bring good governance.  On Tuesday, there are reports that former CM Vasundhara Raje is said to have shown her dissatisfaction over the way party reacted when there were protests before the office of her son and Jhalawar MP Dushyant Singh and now when Poonia faced protests from Congress workers after they were offended by his choice of words while attacking the ruling party. In the last three years BJP has been in the news for being in a state of hibernation and because of the upmanship game going on between its leaders especially the cold treatment to two time former CM Raje.  Against this, CM Gehlot has remained proactive and despite falling to Covid twice, he has kept hand under the tiller, given fantastic budgets successfully, and been lauded by PM himself for Covid management. Political observers feel that He has outplayed BJP in almost all the sectors and the opposition party looks pale and weak.